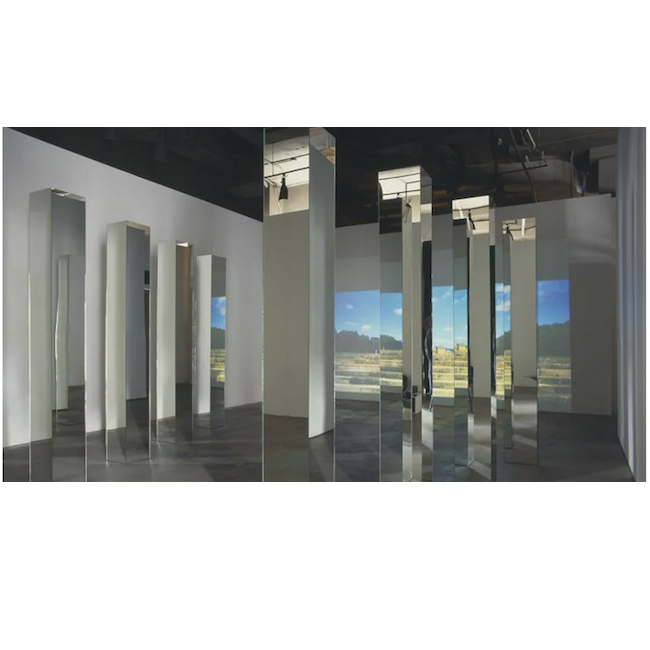 A retrospective can be the culmination of an art career. But for Vikky Alexander, it’s a beginning

A retrospective of an artist’s career is a celebration. And generally, it comes after the artist has created enough work that you could safely divide it into chapters or periods — it becomes a sort of narrative arc of an artist’s career. That might suggest that it comes to conclusions. But for artist Vikky Alexander, her retrospective has become not only a point of generation for new work, but a way to process what she’s been doing for the past few decades.

Alexander came up during the era of photoconceptualism, alongside peers like Barbara Kruger. Her work appropriated imagery from slick fashion magazines to talk about desire, commodity and how we see ourselves. That work has changed over the decades as Alexander’s opened up different concerns in her work, but the central idea of desire and consumer culture has remained the focal point.

In this video by filmmaker Lesya Nak at Alexander’s Montreal studio, the artist takes you through some of her work from the 1980s and explains how self-reflection has been crucial to her work. And she tells you how this retrospective has only inspired her to make new work. To see the video, please click here.

Talking about her new series of sculptures made of dichroic glass, Alexander notes that, while they’re visually quite distant from some of her work in the past, they build on ideas she’s been exploring for some time. “Like most of my work, these sculptural pieces identify a site of desire like something that somebody wants,” she says. “For me they represent an idealized version of a domestic environment. It’s nice to think of projects from the ’80s that I can — I wouldn’t say resurrect but, you know, work with again in 2020.”

“Vikky Alexander: Extreme Beauty” is at the Vancouver Art Gallery until January 26, 2020.

A PDF of this article is listed below.