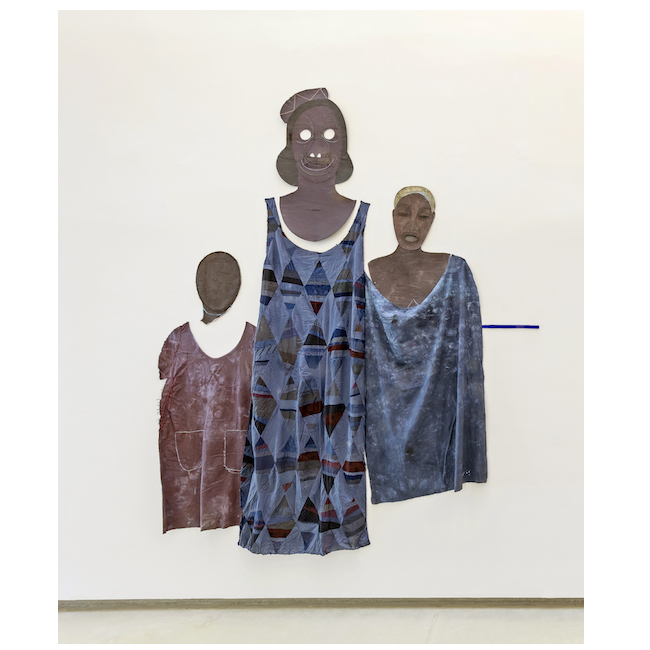 Alicia Henry Works Acquired by the National Gallery of Canada

TrépanierBaer is pleased to announce that the National Gallery of Canada has acquired several mixed media portraits by Alicia Henry. As noted by Daina Augaitis, Chief Curator Emerita at Vancouver Art Gallery, who curated Alicia Henry: Witnessing at the The Power Plant in 2019:

For the last two decades, Alicia Henry has been exploring unconventional approaches to portraiture, using the face to represent something that is hidden, revealed and performed. Henry creates two-dimensional figures and group compositions that are commanding in their grace and expressiveness. Selecting her media carefully, she works with felt, canvas and other textiles, as well as leather and paperboard, all of which absorb drawn and stitched gestures that register a spectrum of contexts and emotions. Notions of gender and family are significant in her works, as are physical layers that suggest multiple and unfixed identities. Tender renditions of a mother with child appear, as do groupings of twenty or more females that signify formations of like-minded “families” within communities.

Henry’s compelling compositions are drawn from a multitude of references: the artist’s own memories, her collection of West African masks and events on the street or on television, to name but a few. Imbued with her perspective as an African American woman, the figures assert themselves as timeless witnesses reflecting a variety of personal and social histories.

Congratulations Alicia! Currently, her works are included in the group exhibition Awakening: seeing beyond the frame, on view at the Musée d’art de Joliette, Québec. The exhibition Alicia Henry: Witnessing noted above is slated to be shown at the Art Gallery of Nova Scotia later in 2022.  Stand by for more details once they become available.