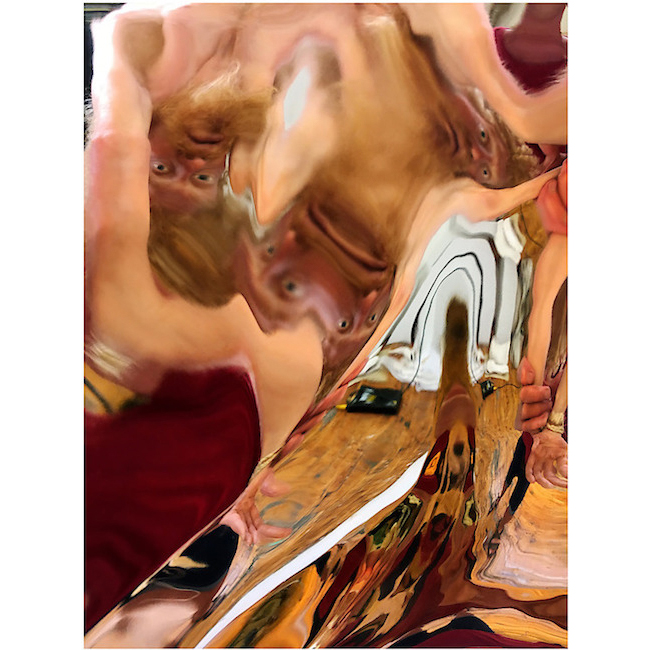 ART TO Pop-Up @ SBG – The Globe and Mail

Kate Taylor
The Globe and Mail

One hesitates to suggest anybody go anywhere these days, but the Stephen Bulger Gallery is currently offering a nice slice of normal – with a big helping of weirdness thrown in.

Disappointed that the annual Art Toronto fair would be mainly an online experience this year, Bulger calculated the limits on visitors and invited four other Canadian dealers to mount a mini fair within his large Dundas Street headquarters. Pierre-François Ouellette art contemporain of Montreal, the Michael Gibson Gallery of London, Ont., TrépanierBaer Gallery and Wil Aballe Art Projects of Vancouver all shipped Bulger some art and came to town to staff their “booths.”

Make an appointment to visit the gallery (before Art Toronto closes this weekend), and you will be greeted at the door by a big guy ready to check your mask and temperature. Oh, turns out that he’s only a mannequin, but a forbidding figure nonetheless.

The dummy is one of a life-like troupe of animatronics that Toronto artist Max Dean rescued from Ontario Place’s Wilderness Adventure Ride after the park closed in 2012. He has deployed them in various installation and photography projects since 2016, and has now dotted them around the gallery in working poses.

You can even finish your one-way tour of the mini fair by getting your picture taken in a “photo studio” run by two dummies sitting at a laptop who instruct you to stand on the yellow X and pose alongside two other gowned and masked mannequins. (Dean and a real assistant are issuing the instructions and operating the camera remotely through a video link.)

The animatronics project sets a topical tone here as human simulacra conveniently provide the necessary physical distance. That theme, of absent people and present facsimile, seems to echo throughout the displays organized by Bulger and the other dealers.

First up, courtesy of TrépanierBaer, is Evan Penny’s sculpture and photography based on the figure of Marsyas, the satyr who challenged Apollo to a musical contest. He lost and Apollo flayed him alive. It’s a complicated myth with dark implications and Penny has been working on it for several years, plumbing the horrific image of an artistic creature losing its skin as a kind of metaphor for a separation from the self.

His latest installation is centred around a shockingly naturalistic model of Marsyas bound by Apollo. He is smaller than life-size but otherwise a realistically modelled human – except for the increasingly hairy legs terminating in a pair of cloven hooves. They are on full display because Marsyas is hanging from his feet, suspended in the midst of the Trépanier booth. On the other hand, you have to crouch and peep to see the satyr’s face, wide-eyed with shock at the impending assault.

Our own disconnection from our image is further explored in a series of “biomorphic mirrors,” rippling bronze sculptures in which you can see your twisted reflection. They hang right beside photographs of a twisted Marsyas that were taken using these same mirrors.

Things are more delicate and elegiac in recent work by Montreal artist John Latour in the nearby booth from Ouellette. Latour finds old black-and-white photographs of unknown people and then partly whites out the figures with acrylic paint as though they were being wiped away by some chemical effect. Questioning photography’s role as the guardian of history, Latour paradoxically resurrects these anonymous people by drawing attention to their loss.

Add in some historical Canadian work and this conversation becomes emphatic. The Gibson Gallery is showing two examples from Michael Snow’s Walking Woman series, in which the artist posed a life-size but blank cut-out of a female figure in Toronto’s streets and subway, photographing pedestrian reactions. In 2016, Snow resurrected a rare colour photograph (originally shot in 1963) of one such encounter in which a young woman with an armful of books emerges from the subway to stare disapprovingly at Walking Woman. The real woman seems to shrink back against the subway wall as though threatened by this evident impostor.

In 1963, that image was produced without digital trickery. It’s a point made particularly strongly by one of the works Bulger himself is showing: Suzy Lake as Gary William Smith from the early 1970s. It was one of a series of photographic transformations in which Lake morphed her face into another’s by using multiple exposures. Today, that painstaking work could be done at the click of a mouse: Social media is overrun with our beautified selfies. In retrospect, Lake’s aggressive questioning of the relationship between the photographic portrait and identity was both pioneering and prescient.

Of course, these aren’t the only themes that emerge at the Bulger Gallery. Ouellette is showing a series of work about our relationship with nature; Aballe’s provocative display includes two different rethinkings of porcupine quillwork by artists Julia Rose Sutherland and Vanessa Dion Fletcher. But if all the jerry-rigged facsimiles of the human form jump out from this crowd, it’s because in a pandemic of virtuality, they are powerful reminders of our real physicality and humanity.

Through Saturday by appointment at 1356 Dundas St. W.