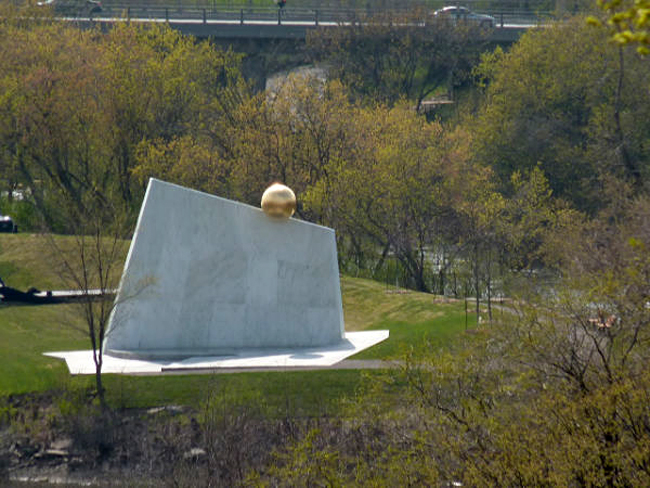 The monument sits in a symbolic line between the Canadian War Museum and Parliament Hill on Richmond Landing, a small spit of land east of the Portage Bridge and south of Victoria Island.
That in itself is significant: this area is surrounded by water on three sides and this peninsula evokes Canada. The monument itself calls to mind a vast white marble cylinder, the top cut off at an angle and is crowned by a gold ball, representing celestial bodies and the Navy’s global reach.