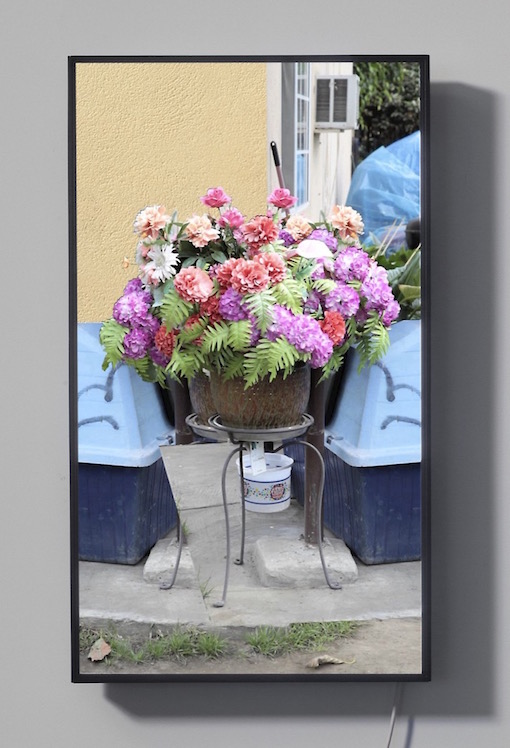 Owen Kydd doesn’t live in (Calgary’s) Brentwood neighbourhood anymore. He lives just down the road from South Central, in the heart of Los Angeles.

The photographer, who grew up in Calgary, attended Sir Winston Churchill High School and still loves the Flames, is living in a photography studio at the corner of Crenshaw and Jefferson in the mid-city area of Los Angeles, where the Hollywood sign is just a distant rumour — although Kydd says it’s not as bad as your imagination might make it out to be.

“It’s kind of in the hood,” he says, “but not really — it’s actually changing really quickly here.”

Kydd — who has a piece in Still Life, currently running at TrépanierBaer Gallery — is holed up at his studio preparing new work for a Toronto exhibition with a huge potential upside.

It’s the Aimia/AGO Photography Prize, which Kydd is the sole Canadian (among four artists) shortlisted for. The winner takes home $50,000 (each of the other shortlisted artists receive $5,000) — and fellow Flames fans might be interested to know that they can have a say in who ends up winning the thing.

That’s because the winner will be chosen, beginning Sept. 15, by popular vote, when an exhibition featuring Kydd’s work, alongside that of the three other shortlisted photographers (American Dave Jordano, German Annette Kelm, and Japanese Hito Steyerl), opens at the Art Gallery of Ontario.

Pretty heady stuff for someone who got into photography via the side door.

Kydd set out to study film — first at Simon Fraser University, later at UCLA — only to find his journey rerouted partway through.

“My parents gave me a video camera,” he says. “Actually I stole theirs when I was about 12 or 13 — and I made little films. But I never moved the camera too much. I always sort of made little — I guess you could call them tableaus — moments that occurred with friends and my sister performed little events or actions.

“Then I ended up going to film school in Vancouver,” he says. “And it was the same thing — I just made documentaries where I didn’t move the camera and one of my film professors suggested I should think about making photographs.”

What Kydd eventually came up with was a hybrid of video and photography he calls durational photography.

“It’s a term that a friend and I came up with,” he says. “It sort of describes the sort of a picture that is in duration, or in time, but doesn’t have cinematic qualities — so sort of void of as much narrative as can be removed.

“It also,” he says, “doesn’t appear as a static image. (Rather), it’s sort of a hybrid between still photographs and the cinematic moment. I guess the best way to describe it is a moment of near-stillness.”

Partly, by creating images that move, Kydd provides a critical perspective on the so-called truth behind every single photograph, or at least challenges the idea that a photograph represents reality.

“It’s (a photograph) definitely only a version of the world,” he says.

“It’s attractive (to believe a photograph can define reality),” he says, “because it’s a pretty accurate version of the world, and when you discover it isn’t, you learn something about the way you see the world.

“We see the world through a lens ourselves,” he says, “so when you start to figure out why photography is difficult and complex, it changes the way that you see.”

For his new collection that will be up at the AGO, Kydd is putting away the video camera and going back to old-school portraiture.

“I found,” he says, “that with the type of durational photograph or video pieces I was making, that it was difficult to take pictures of people — living people lend themselves more to either narrative or snapshots.”

Maybe the best way to describe Kydd’s work is as a kind of elongated Vine video, if a professional artist was using it — which, in a way, is how he came to durational photography: through the evolution of visual technology.

“Things changed so quickly with the computer in the 21st century,” he says. “There are all these technologies that allow us to think about images differently (now), so really I could say I came up with durational photography but it wasn’t me — it was the (way) technology (changed).

“Vine speaks to that directly,” he says. “To that urge that people have or the ability they have to speak in moving images.”

And — speaking of moving — Kydd is playing around with the idea of relocating from Crenshaw back to Cowtown, particularly now that he has a young family to raise.

“Calgary’s rad,” he says. “I think often about moving back there.

“We’re … trying to negotiate (life in) LA,” he says, “but thinking about where to raise kids, and where we want to be for that.

“I had a really good time growing up in Canada,” he says, “in Calgary. It’s a good place to have a family.”

To vote in the Aimia/AGO Photography Prize, please click here.