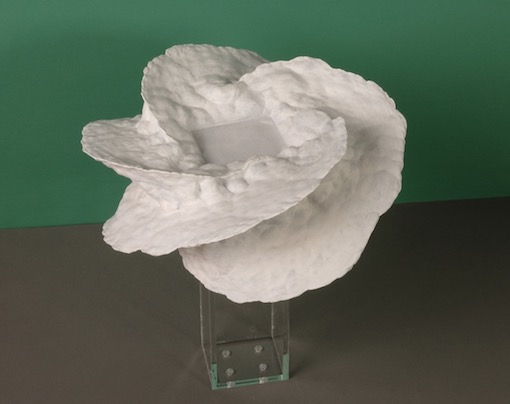 From the archives: A rose is a rose, but not when it’s covered in 10,000 layers of paint

“I paint objects which turn into sculptures,” he tells Artspots — about as tidy a definition for the project as they come.

Every Thick Painting starts as an everyday object — a beer bottle maybe, or a sugar packet — which the artist then coats with gesso, a thin white paint that’s typically used as a primer.

After that, he paints it again and again and again — adding more than 10,000 layers in some cases — to produce a stark white irregular form with a mysterious and inedible Tootsie Roll centre.

To read the entire article and see the interview with Eric Cameron, please click here.