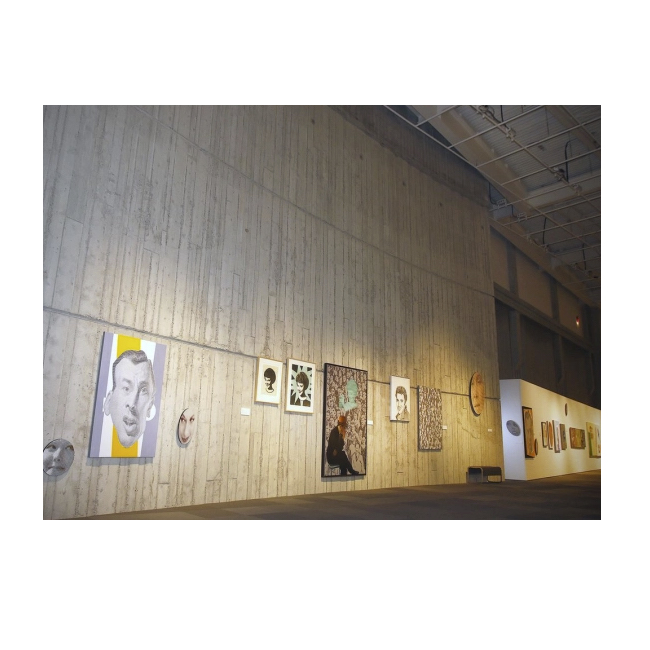 After working as an artist for nearly 50 years, your storage gets pretty tight.

“I have a big studio but it’s so jam-packed I have hardly any room to make stuff,” 70-year-old Calgary artist Chris Cran says. He also has a rented double car garage where he’s stored his work for the last 30 years.

Still, gallery goers will be pleased what he’s dug up for It’s Still My Vault, a new career-spanning exhibition at the Nickle Gallery. The work was assembled from Cran’s deep vaults, the Nickle’s collection and a few loans from Cran’s friends. It includes selections from his career-launching self- portrait series, new works, and pieces before he attended art school, first at the Kootenay School of Art and then the Alberta University of the Arts (then named the Alberta College of Art, where Cran graduated with an honours in painting in 1979).

It’s Still My Vault follows Sincerely Yours, a travelling retrospective of Cran’s work that exhibited at the Southern Alberta Art Gallery, the Art Gallery of Alberta, and the National Gallery of Canada in 2015 and 2016. Nickle Galleries chief curator Christine Sowiak had been in talks with Cran to get him into the Nickle since then, but didn’t want to follow the tried-and-true formula of a chronological exploration of Cran’s career, much like Sincerely Yours.

“It was a little daunting because I was thinking, well, what do we do after a big National Gallery of Canada show?” says Sowiak. “From the outset, Chris’ idea was to really dive deep into his studio. That’s why we came up with It’s Still My Vault.”

“Retrospective shows and many gallery shows are measured and chronological and sequential,” she adds. “It’s a tried- and-true approach to exhibitions because it does make sense and it unfolds the story of an artist’s career.”

Instead, It’s Still My Vault tackles Cran’s influential career visually: works from across his career are tied together by visual themes. For example, a 1977 portrait of Elvis, with a second depiction of the legendary rocker performing imbedded in his famous hair, is mounted next to the first of his self-portrait series, Self-Portrait with Large Audience Trying to Remember What Carmelita Pope Looks Like (1984).

The final layout of the visually connected exhibition is the result of a collaboration between Sowiak, Cran, the gallery’s preparators, and the Nickle Gallery space itself, says Sowiak.

“Chris took advantage of the high walls and the different lines of sight,” she says.

The result is an exhibition that requires work by the audience to appreciate.

“I think you probably noticed how much of Chris’ work is all about seeing and all about noticing and being not just something you do with your eyes, but a physical experience,” says Sowiak. “You see his work differently from different physical vantage points.”

Pieces have iridescent paint that only shows up by changing your viewing position, works lineup with each other across a room if you’re standing in a certain spot, and one piece is mounted above the sight lines of the average gallery goer.

“In seven years, Chris is the first person to use that portion of the wall,” Sowiak says.

It is all built out of the ethos of Cran’s career: play. After mostly emptying Cran’s vaults, he and Sowiak spent a week and a half moving pieces around, grouping them together and testing to see what would work for the layout. The placement was spontaneous, a creative process spawned from playfulness, says Cran.

“That’s what I always thought was the most creative place is play,” Cran continues. “When you’re playing, you notice stuff you didn’t notice before. … The pleasure of noticing — it teaches you stuff.”

Chris Cran: It’s Still My Vault is on display at the Nickle Galleries until Dec. 14. The opening reception is Thursday, Oct. 3, 5-8 p.m.