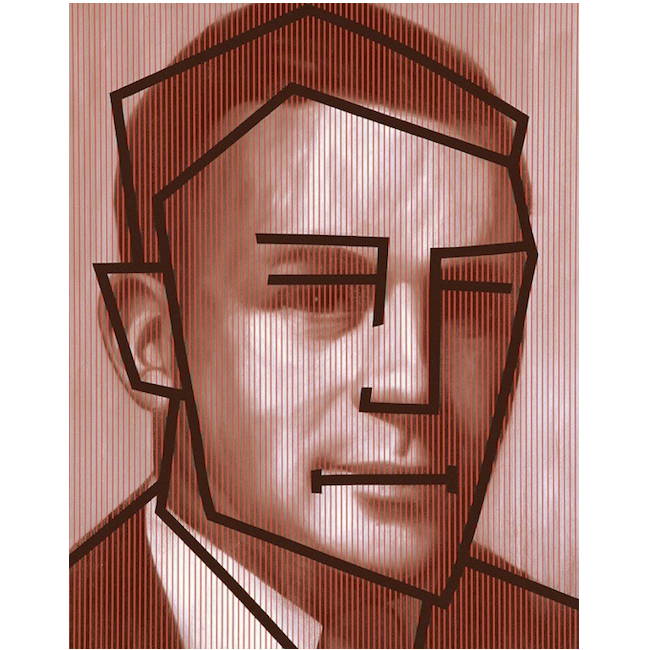 Following closely on the heels of his exhibition at the Glenbow Museum earlier this year, as well as the sweeping survey exhibition at the National Gallery of Canada (2016) that included exhibitions from the Art Gallery of Alberta and the Southern Alberta Art Gallery, visitors might well ask – what new perspective does It’s Still My Vault bring to us?

While some solo exhibitions focus on a specific, contained project of an artist, and survey or retrospective exhibitions follow a chronological progression of an artist’s work over time, It’s Still My Vault lays out Chris’ practice in the terms it has been created. Visual terms.

The exhibition touches on key pieces, recognized works from well-known series and periods. What is also included – highlighted – are the steps before and between, the first ideas, the backstories, the segues. Not held to the side in words and labels and texts, but rather installed as paintings, drawings, prints and photographs, preparatory works, plans and mistakes. Works have been gathered from the vault of Chris’ studio, private collections and even his childhood home in British Columbia, and brought into the space of the gallery and examined. Working collaboratively, Chris Cran and curator Christine Sowiak have  laid out and grouped, withdrawn and moved, arranged works until they tell a visual story in a space.

What is revealed are recurring images and approaches decades apart – the percolation of an artist’s work over time that is often lost in chronological accounts until seen together. It is an account of the somewhat peripatetic body of work Cran has produced over the years, or bodies rather, that morph from realistic self-portraits to monochromatic abstractions, from still lifes obscured by pulp fiction screens and on to optical illusions, then to analyzing framing devices and the study of how we see, how we perceive – all through a language that is exquisitely visual.

One of Alberta’s most nationally recognized artists, Chris Cran (RCA) is a Canadian visual artist living in Calgary, Alberta. He graduated in 1979 from the Alberta College of Art and Design in Calgary. He has exhibited nationally and internationally, most recently at the Glenbow Museum (2019) Mylona Gallery in Zurich, Switzerland (2018) and at the National Gallery of Canada (2016) in a large survey exhibition (1984 – 2016) that combined exhibitions from the Art Gallery of Alberta (2015) and the Southern Alberta Art Gallery (2015). He received the ACAD Alumni Award of Excellence in 2011 and the Doug and Lois Mitchell Outstanding Calgary Artist Award in 2014. As well, he was awarded the Royal Canadian Geographical Society’s Lawrence J. Burpee Medal in 2018. He  is represented by Trépanier Baer Gallery in Calgary,  Clint Roenisch Gallery in Toronto and Wilding Cran Gallery in Los Angeles.