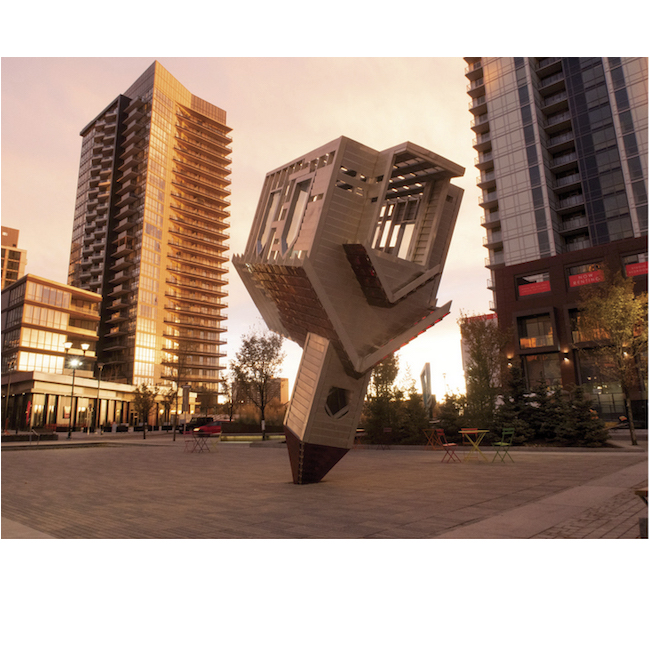 This past summer, Device to Root Out Evil reappeared after five years out of the public eye in Calgary.

In the fall of 2008, the truck transporting the sculpture arrived in Ramsay from Vancouver amid great fanfare. An expectant crowd watched as the steeple of the miniature traditional New England-style church ( not unlike the Little Church in Drumheller) was bolted into a prepared foundation at a sharp tilt. Device‘s creator, the world-renowned American artist Dennis Oppenheim, was quoted in The Globe and Mail at the time, saying: ” I think Calgary looks as if it’s going to become a major Canadian art city, so in that respect, I’m quite pleased that it’s going there.”

To read the entire piece, please open the PDF listed below.