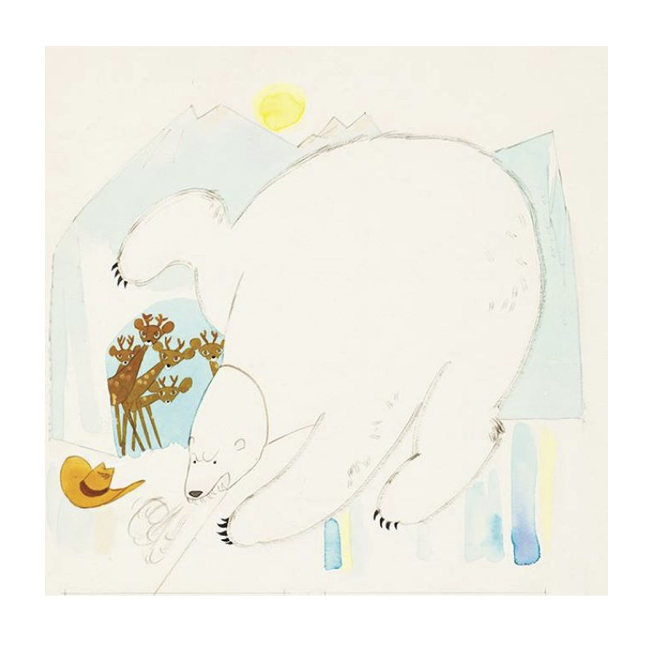 Between 1942 – the year of his release from the prisoner of war camp in Sherbrooke, Québec at the age of 26 – until his untimely death in an automobile accident in Oakville, Ontario in 1956, Oscar Cahén became Canada’s top illustrator.

He was the highest paid, the recipient of most of the awards available to the profession, and the most sought after. He worked for the Montréal Standard, Châtelaine, the New Liberty Magazine, Maclean’s, and many other publications. During his 8-year service through to his death in November of 1956, Maclean’s magazine published 2 issues per month (192 issues). During this time frame, Oscar Cahén contributed to 37 Maclean’s magazine cover illustrations, and his illustrations appeared in 140 of their 192 issues. Oscar Cahén also secured commissions from publications like The Standard Magazine to produce visuals for hard hitting and critical stories by journalists such as John Hersey’s recounting of Hiroshima’s obliteration by nuclear attack first published in the New Yorker, and later for The Standard Magazine in 1946. In addition to the cover illustration for Hiroshima, the commission included 14 illustrations of survivors and rebuilding efforts.

As part of TrépanierBaer’s exhibition Discovering Oscar Cahén, we are pleased to present the only three extant original drawings and paintings for Maclean’s covers, and several illustrations for the children stories The Rustler and the Reindeer and How Can Santa Find Me.

We invite you to visit the gallery to see this most extraordinary and important Canadian artist’s work.