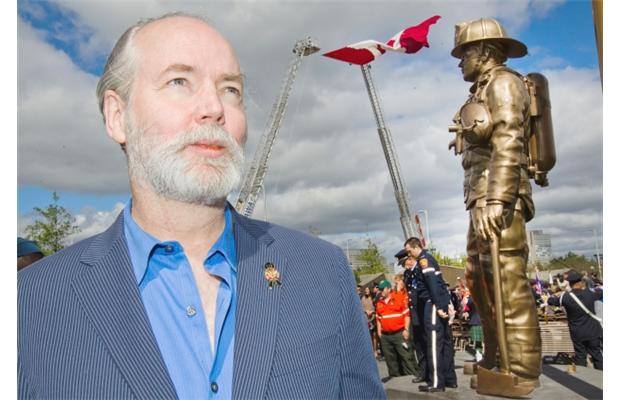 A new generation of downtown Calgary condominium owners will get a special surprise in the lobby of their new building: a piece of original art created by the author of generation X.

That would be Douglas Coupland, the Vancouver-based artist, author and designer, who has been commissioned by Calgary developers Qualex-Landmark, to create an original artwork in their new art district condo tower, MARK on 10th.

Coupland’s piece, his interpretation of Calgary in the 21st century, is his first commissioned artwork in Alberta. It will be unveiled in January, 2013.

While he’s perhaps best-known for being the author of Generation X, the novel that coined a new demographic catchphrase, Coupland is also well-known as a visual artist.

Since launching an enterprise in 2001 that combines art, design, industrial design and text, Coupland has created a number of commissions, including Digital Orca (Vancouver Convention Centre), Monument to the War of 1812 near Fort York in Toronto, and Tom Thomson’s Canoe for Canoe Landing Park in Toronto.

“Commissioning an artist of (Douglas Coupland’s) stature,” says Qualex-Landmark president Roger Navabi, “to create an art piece for MARK enables Qualex-Landmark to play a role in developing the emerging Design District that is energizing this area of Calgary’s downtown.”

The condo in question will be located downtown at the corner of 8th Street and 10th Ave SW, in an area filled with some of the city’s top art galleries — including TrepanierBaer Gallery right across the street, which hosted an exhibition of Coupland’s work in 2011.

In addition to his visual art, Coupland has published 13 novels, a collection of short stories, and seven non-fiction books, which have been published in 30 countries and translated into 22 languages. He’s also written a number of dramatic works, as well as for film and television.