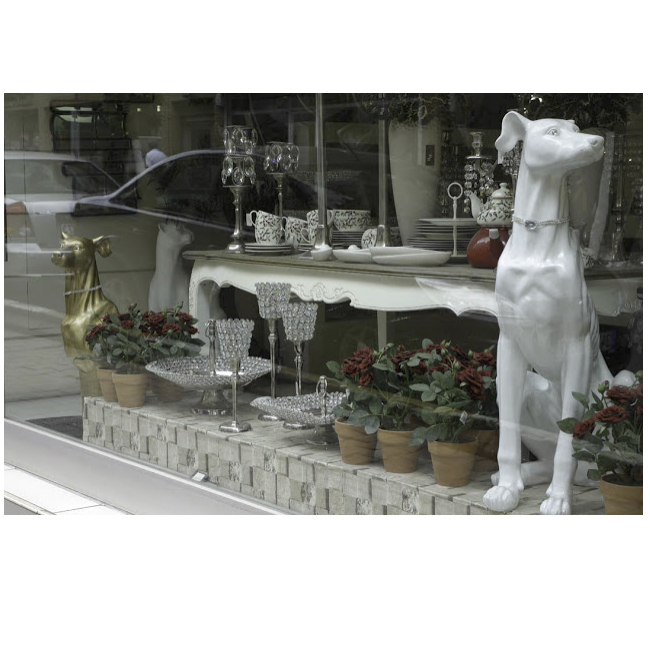 Eye of the Beholder: The Extremity of Vikky Alexander

Vikky Alexander: Extreme Beauty runs July 6 – January 26, 2020 at the Vancouver Art Gallery. The catalogue/book of this show is well worth ordering from the VAG.

Coming of age in the heady photo-conceptualist decade of the 1980s, Vikky Alexander quickly ascended to the upper ranks of the most visually challenging and thought-provoking Canadian contemporary artists. Becoming well known for her insightful investigations of the found and appropriated image, the artificial representation of enclosed nature and the cultural seduction of both space and place, it was almost as if she was holding up a dark mirror to our beauty-obsessed era and showing us who we were really were beneath the surface of all that bright and shiny glitter.

Irony literally drips off the smooth textures of her multi-panel piece Obsession, from 1983, for instance, with sacred supermodel Christie Brinkley, the ultimate golden uptown girl, standing in as an airbrushed female Saint figure. Peering into a piece of deep blue void such as Between Dreaming and Living, #5, from 1986, subtly reminds us that we can never really be sure if we’re awake or asleep. Which is exactly the way that both mass media and consumer society prefers its customers to be: interstitial, liminal, hovering between hyper-desire and permanently suspended satisfaction.

This exquisitely curated and installed retrospective of more than eighty works, the first for an artist who demands and deserves our full attention, was also cleverly juxtaposed with a concurrent show of the deeply resonating Robert Rauschenberg’s works from 1965-1980. This was the ideal context for situating Alexander’s overall oeuvre, since both artists blurred the boundaries between mediums as they mixed and merged materials and ideas in a daring use of everyday images culled from a popular culture which moved too fast to fully delve into its own messaging.

To read the entire article, please click here   or open the PDF listed below.