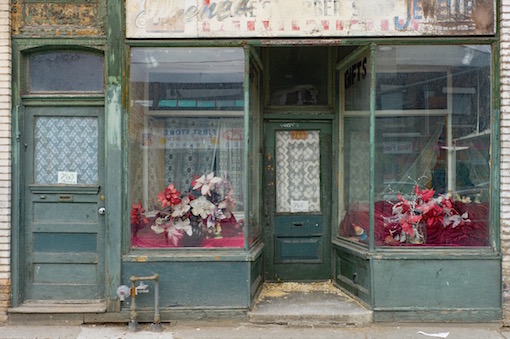 TrépanierBaer is pleased to announce that congratulations are in order for Geoffrey James, who has just been named Toronto’s first Photo Laureate!

A member of the Royal Canadian Academy of Arts, his photographs were the subject of a retrospective exhibition titled Utopia/Dystopia: The Photographs of Geoffrey James mounted by the National Gallery of Canada in 2008.

For further details on regarding this honour, please see the article listed below.

Photography is an important part of how we understand the rapidly-changing city around us, and earlier today the City of Toronto’s Economic Development Committee officially recognized the importance of photography and other visual media with the official announcement of Toronto’s first Photo Laureate, internationally recognized photographer Geoffrey James. Like the City’s ongoing Poet Laureate program serves Toronto’s literary community, the Photo Laureate will serve as a representative to visual artists and photographers.

Geoffrey James is known worldwide for his landscape and urban photography, with a history in the art dating back to the 1970s. A 2007 book by James titled “Toronto” was nominated for a Toronto Book Award. A few years later, in 2012, his work garnered him a prestigious Governor General’s Award.

James has been the recipient of several other awards including a Gershon Iskowitz Prize, and his work has even been featured on a 2015 Canada Post stamp featuring a portrait of artist Alex Colville captured in 1970.

“Photography has always helped me to understand the world,” said James, “and Toronto is a wonderful subject. It’s a city in a constant state of transformation, an exhilarating social experiment, as well as a place that reveals itself slowly. I will do my best to do it justice and to share my love of the medium with others.”

Pending City Council approval at an upcoming March session, James will receive $10,000 for a three-year appointment spanning from March 31, 2016 to March 31, 2019. As part of the appointment, James will devote a portion of his working time for duties as ambassador of visual and photographic arts at local events.

Mayor John Tory also expressed his satisfaction with the appointment, saying “Photography is a powerful way to tell Toronto’s story — to show our city’s diversity, talent and beauty. The quality and range of Geoffrey James’ work makes him an ideal photo laureate and I look forward to his inspiring work in this role.”