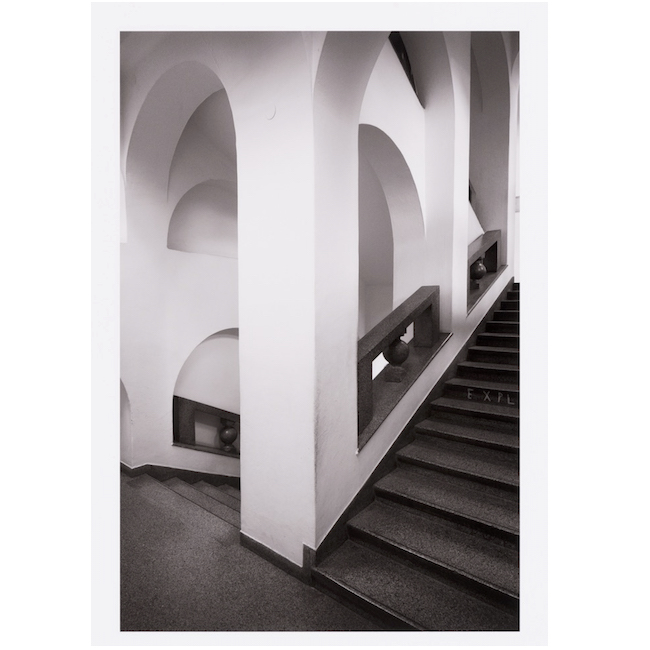 Curated by Laura Miller
Daniels Faculty of Architecture, Landscape, and Design
University of Toronto
On View until July 12, 2019

Presented in partnership with the John H. Daniels Faculty of Architecture, Landscape, and Design

Architectural historian Indra Kagis McEwen has explained the mythical, almost underground reputation of the Slovenian architect Jože Plečnik (1875 – 1957) in this way: “The difficulty critics have with this immensely prolific architect of the first half of the 20th century is his unorthodoxy; his consistent failure to conform to the shibboleths of current architectural dogma, his consistent inconsistency. Worst of all perhaps for those whose currency is the written word, his consistent failure to explain himself.”

In this exhibition, part of a publishing project with McEwen, Toronto-based photographer Geoffrey James traces Plečnik’s architectural legacy, focusing on his transformation of the city of Ljubljana—a gesamtkunstwerk (a “total work of art”) that has left an indelible mark. As an architecture professor who took no professional fees, Plečnik became, over a period of almost three decades, the city’s de facto planner. He excavated the original Roman walls, created new avenues and squares, built an eccentrically ornamented sluice gate that tamed the city’s unruly river, and then went on to create of series of brilliant urban spaces. These include a porticoed market building along the river and the tripling of a bridge at the city centre that creates an operatic stage set. Plečnik designed schools, several churches, and a cemetery that opens with a series of chapels that protect the privacy of the mourners. His National and University Library is perhaps his greatest achievement, a building whose gravitas and superb, dark entrance hall has echoes of Michelangelo’s Laurentian Library in Florence.

When James first visited the city in 2014, he discovered how well Ljubljana works as a convivial, humane social space. It is city where everyone walks or cycles (cars are banned from the centre). Plečnik, who never owned a car, designed walks around the town that are dotted with monuments, pyramids, and benches. Recently, the architect’s house and studio has been renovated, with his work tables set up as they were upon his death.

James’ black-and-white images, made with a hand-held camera, avoid the rigid conventions of architectural photography. Taken at both day and night, and through the seasons, they convey both the intimate details of Plečnik’s studio and the wide scope of his achievements. In the exhibition, animated photographs on multiple digital screens show the use of the architect’s hugely successful social spaces. “There is a combination of the social and the spiritual in Plečnik’s work that is not evident in most of the architectural photographs I have seen,” James says. “I am trying to do justice to a complex subject and at the same time make images that are worthy as photographs.”

Geoffrey James is Toronto’s first Photo Laureate. He is the author or subject of more than a dozen books and monographs dealing with aspects of the man-made environment.

For more information on this exhibition, please click here.