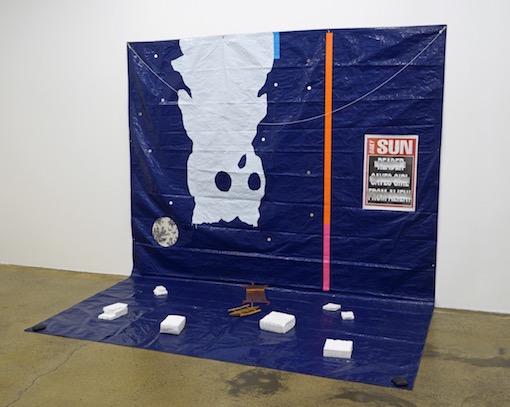 Works by three Western Canadian artists are on an idyll in the Greek isles until Aug. 20 as part of an exhibition, Open Horizons, organized by a Calgary curator to mark both Canada’s 150th anniversary and 75 years of diplomacy between Greece and Canada.

The artists – Calgary’s Ron Moppett, Saskatoon’s Allyson Glenn and Vancouver’s Colleen Heslin – push the boundaries and hierarchies of art, says independent curator Caterina Pizanias, who organized the show for the Cultural Foundation of Tinos, an island popular with Greek artists and intellectuals.