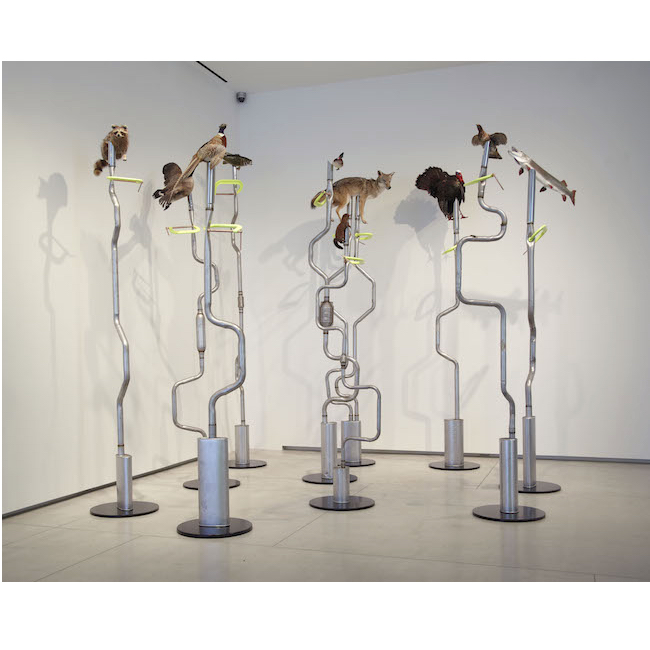 TrépanierBaer is pleased to announce that IAIN BAXTER& has been elevated to the level of Companion of the Order of Canada. The announcement was made on June 27, 2019 by Rideau Hall. Considered one of the country’s highest honours, it goes to those who have shaped society, innovated in interesting ways, or made an impact on their community.  For more information regarding this recent recognition and IAIN BAXTER&, please read the article listed below.

Windsor’s own “And Man” has been appointed a Companion of the Order of Canada — adding another “and” to the artist’s long list of accolades.

Iain Baxter& was among the names of 83 appointments to the Order of Canada announced Thursday by the Gov. Gen. Julie Payette.

The 82-year-old Baxter& (pronounced Baxter and), one of Canada’s first conceptual artists has been named “for his prolific career as a conceptual artist and educator, and for his enduring contributions that have defined Canadian contemporary art,” a news release said.

Other noteable Windsorites to have been appointed include former Prime Minister Paul Martin, Paul Martin Sr. and Herb Gray.

“It was really a pleasant surprise and I really feel quite honoured and blessed to have that happen — it’s amazing,” Baxter& said Thursday.While Baxter& was appointed as an Officer of the Order of Canada in 2003, his latest appointment is considered Canada’s highest honour:  only five recipients were announced alongside Baxter&. Fellow Companions include actor Donald Sutherland, mathematician Robert Phelan Langlands, Abenaki artist, filmmaker and singer Alanis Obomsawin and musician Buffy Sainte-Marie.

Baxter&’s career spans more than 60 years earning him numerous awards and has been featured in installations around the world.

He uses photography, sculpture, painting, installation and video in his conceptual works and has been called “the Marshall McLulhan of the visual arts.” Baxter& cites the Canadian philosopher as an early influence and said he looks at art as information.

“It’s always about looking at current information and ideas and then, out of it all, I try to see patterns — so I kind of live in a creative compost,” he said.

“I watch TV all the time, I listen to music — contemporary as well as classic. And I also read magazines — all kinds, fashion and technology, whatever.”