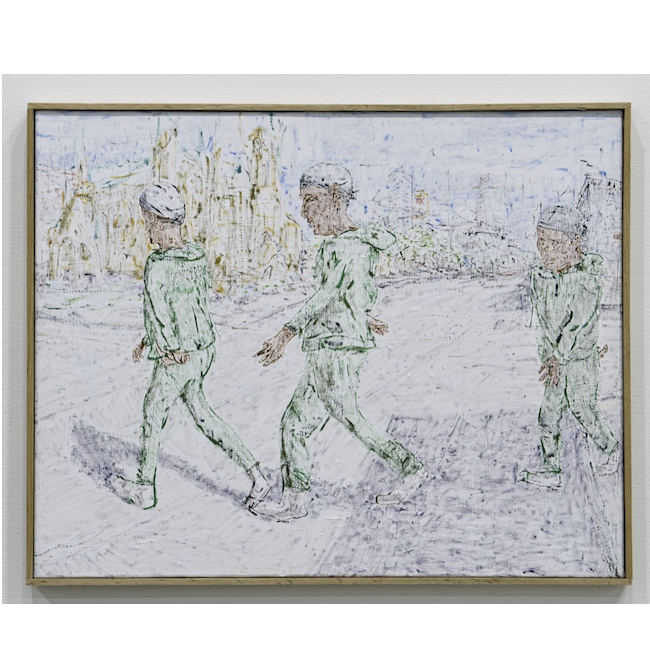 In the Viewing Room: Brandan Doty

On view through June and July

TrépanierBaer is pleased to present new works by Canadian artist Brandan Doty.  Brandan Doty’s paintings are characterized by their dry-brush application depicting everyday scenes of both public, and private and intimate spaces. In some instances, the subject matter of these paintings is not revealed at first and requires quiet contemplation as the content of the scene blooms in front of the viewer’s eyes. His drawings present pronounced flowing lines fused with elegant curves. The harmony suggested by these lines contrasts dramatically with the stark and harsh scenes shown on paper of physical and verbal abuse, and mental health issues, all within a family context.

Doty continues in a long line of artists who choose to portray taboo and violent subjects such as: Goya’s The Disasters of War aquatint prints made between 1810 and 1820; Picasso’s monumental painting Guernica, made at his home in Paris in response to the 26 April 1937 bombing of the Basque town in Northern Spain by Nazi Germany; and Louise Bourgeois’s nightmarish installation titled The Destruction of the Father from 1974, inspired by a childhood fantasy whereby a boorish father is pulled onto the table by other family members, dismembered and gobbled up.

Brandan Doty’s sensitive and adroit use of media pervades his practice, and is a delight to see. And he uses comedy and animism to tackle embarrassment and violence in the interest of staging a controlled demolition of his own personal and cultural totems.

Currently on view with Ron Moppett: Now is When