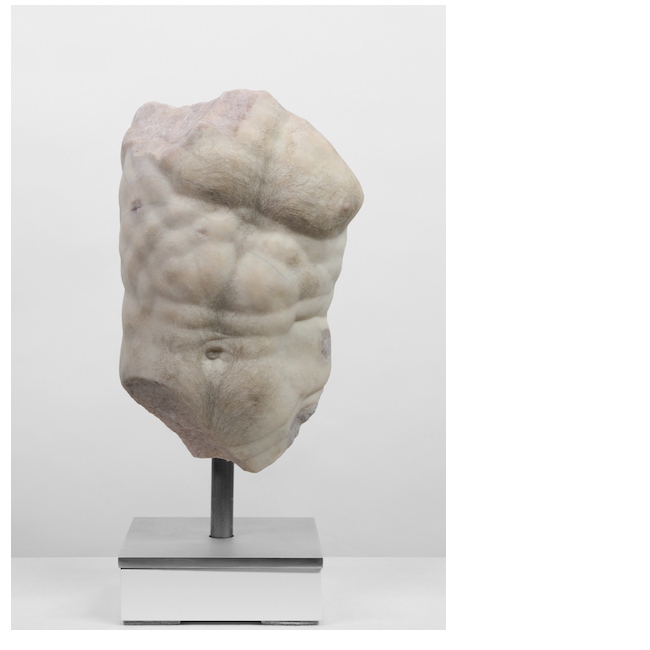 In anticipation of Evan Penny’s solo exhibition Ask Your Body,  curated by Michael Short and to be held at the Chiesa di San Samuele (San Marco) Venice during la Biennale di Venezia from May to November 2017, TrépanierBaer is pleased to present new and recent work by Evan Penny in our Viewing Room.

Anchoring this exhibition of sculptures and photographs is Male Torso Model, 2016, a model for a larger sculpture that will be shown in Venice. Male Torso Model is inspired from a 1st-2nd century A.D. Roman Rosso Antico marble fragment of a centaur in the collection of The Metropolitan Museum of Art in New York. The rendition to be shown at the Chiesa San Samuele will be larger-than-life, a massive monument of human form.

Evan Penny’s work will also be featured in an upcoming group exhibition at the Art Gallery of Alberta titled The Looking Glass, opening in March 2017.