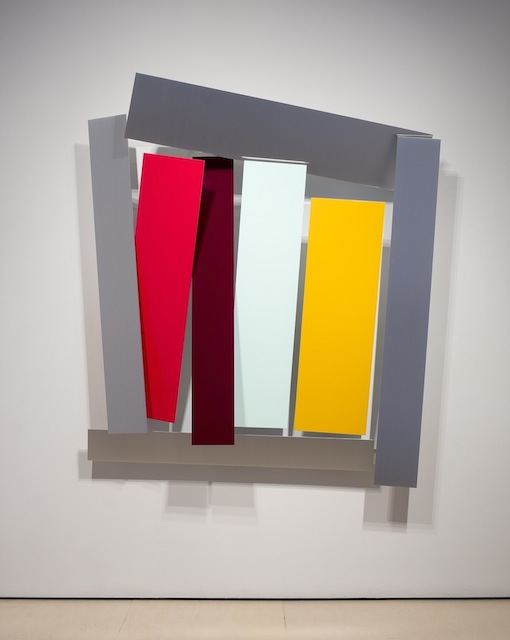 LOOK AT THIS: The High-Tech Sublime Of Christian Eckart

LOOK AT THIS is a weekly series featuring the work of Canadian artists, designers and creators of all sorts on Strombo.com, the website of the Canadian Broadcast Corporation program George Stroumboulopoulos Tonight. Please click here to see the gallery of images from the site.

His work: Eckart is usually referred to as a painter, but much of his art sits somewhere between painting and sculpture. Many of the earlier works which first brought him international attention incorporate the techniques and materials of traditional religious artworks going back to the Renaissance. More recently, he’s adopted high-tech industrial fabrication methods for his pieces, which include large-scale public art commissions in Toronto, New York and Calgary (the work in the photo above is installed in Toronto’s Li Ka Shing Knowledge Institute). Eckart told Strombo.com that he situates his work in the tradition of the “Northern Romantic Sublime,” which attempts to express our relationship to nature and the infinite — even if he’s using materials borrowed from luxury car production.

On growing up in the foothills of the Rockies: Eckart says his Alberta childhood helped lead him toward the Northern Romantic Sublime tradition. “If one were to attempt to make a list of general properties… of that tradition as they pertain to painting, that list would include notions such as infinity, twilight, awe and so forth — things that for me are at the forefront of the experience of the dome of the western sky.”

A Canadian artist he admires: “There are many Canadian artists I admire in the extreme. However, if I must pick only one it would have to be Neil Young. He is by far and away, over all the pretenders, the embodiment of the spirit rock and roll, punk, post-rock, etc., as well as simply the coolest mother out there.”