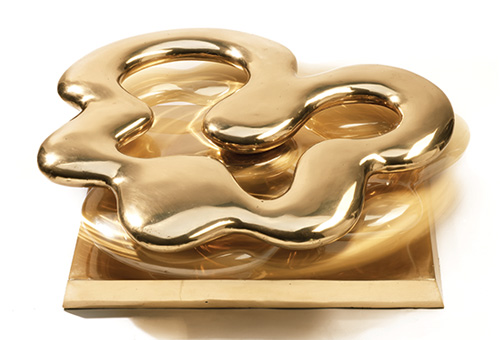 MADE IN CALGARY: THE 1970s
at Glenbow Museum – Curated by Ron Moppett

Thanks to a petroleum-fueled economic boom, the city saw unprecedented change. In the span of a decade, the province’s population increased by a third, and our city’s skyline scaled new heights, superseding even Chicago and New York in the annual amount of construction permits issued.

Calgary’s burgeoning local art scene mirrored the city’s ambition and growth. The 1970s saw the opening of a new building for the Alberta College of Art, a new arts department at the University of Calgary, and a new home for Glenbow Museum.

An adventurous spirit resonates through the works on display in Made in Calgary: The 1970s, revealing an artistic community in full embrace of many new avenues of expression.

Curated by Calgary artist and curator Ron Moppett, this second installment of the Made in Calgary exhibition series shows how in the 1970s, Calgary artists were exploring new mediums and idea-based art not rooted in the tradition of representation.

Although traditional materials such wood and canvas still dominated art practices in Western Canada, an influx of new ideas inspired the exploration different materials and forms, from plastic to video to performance art.

There were many more opportunities (more galleries, more interest) for artists to exhibit and sell their work, both in Calgary and beyond. Corporations and arts institutions were buying Canadian art to build collections.

For the first time, Calgary artists were able to entertain the notion of a full-time career in art making, rather than relying on being an art instructor or having another “day job.”

Such significant shifts in the attitudes of local artists in their perceptions of themselves and their work were par for the course in the ‘70s. As the city expanded upwards and outwards, so did the ambitions of its most creative citizens, gaining them recognition and respect both here at home and across Canada.

TrépanierBaer Gallery encourages you to visit this new exhibition that provides an in-depth overview of the arts community in Calgary during the ’70s.