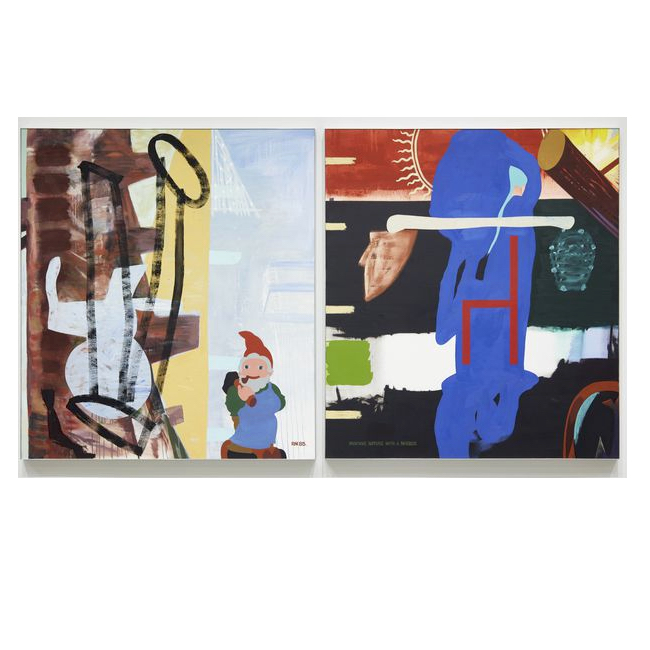 To begin with a grand overstatement: By the 1970s, Western art was played out. Having pushed itself to the limits of abstraction, painting was declared dead while sculpture was so dematerialized it had almost ceased to exist. Then, in the 1980s, artists began to look backward – and sideways. Where modernism had been abstract, earnest and single-minded, postmodernism was figurative, playful and heterogeneous. It was a moment that produced a lot of dubious work, but perhaps we should thank it for the vivacity of the visual arts in the 21st century.

At least, that is the impression left by Painting Nature with a Mirror, a small show of Canadian painting from the 1980s assembled by curator Mark Lanctôt from the permanent collection at Montreal’s Musée d’art contemporain. Here is art that is striving and uncertain as it pushes toward something new. Tellingly, half of these 21 works have never been shown since they were purchased more than 30 years ago.

Older viewers may be able to remember the confusion – or excitement – they first felt when confronted by art such as Ron Moppett’s Painting Nature with a Mirror, the work that gives this show its title. It’s a diptych of big overlapping shapes into which icons, such as a stylized sun, have been introduced and yet also, inexplicably, a naturalistic rendition of a garden gnome. The subjective, the personal and the introspective (hence Moppett’s idea that he was painting through a mirror) are disrupting what might once have been a big, gestural abstraction. Similarly, in The Song of the Shirt, Leopold Plotek provocatively incorporated silhouettes of garments, instruments or perhaps even limbs – into what would otherwise be a straightforward hard-edge canvas.

So, if artists were going to abandon abstraction, what was painting going to look like? Here, the answers – interestingly, provided mainly by women as the machismo of abstraction retreated – are wildly varied and not always convincing. But they do point the way forward to a new sources of imagery and a new questioning of representation. Sylvie Bouchard painted a large and raw expressionist still-life in tribute to the early 20th-century German artist Max Beckmann; today, Lanctôt tells us, her work is digital. Wanda Koop offered the iconic silhouette of a giant plane about to roar over the viewer’s head – in an era where the word iconic still had some meaning. And in Cultural Heroine, Joanne Tod, that master of destabilizing perspectives on borrowed imagery, conjured up some unknown Asian politician waving at a Canadian crowd that seems to be looking elsewhere.

This was an exciting time, in Montreal in particular. Several of the works here were originally shown at various of the bold, site-specific interventions of the day, including Aurora Borealis, the decade-defining 1985 show that placed the best new Canadian art in the eerily bland environs of an unused shopping mall. Betty Goodwin, for example, is represented by a small fragment that she ripped from the walls after Aurora Borealis came down: It shows the head of a bruised naked figure who is swallowing a much smaller person as a fish consumes a minnow. (A photograph alongside offers a faint record of the much larger original work in situ.)

It’s a partial work, but it evokes the wounded humanity that was the subject of the artist’s many drawings of the drowning and the dying created before her own death in 2008. The celebration of such a highly personal and stylistically unorthodox practice was made possible by the left turn that art took in the 1980s. The decade ushered in a diversity that endures to this day.