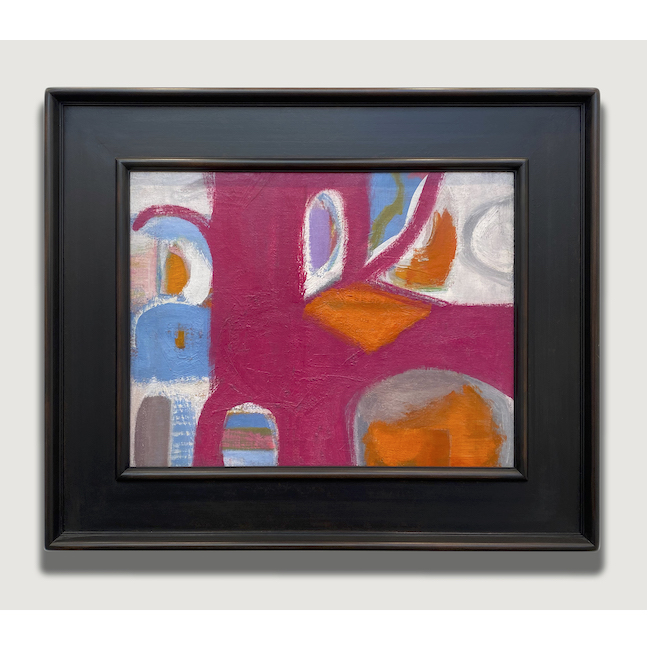 Oscar Cahén – In the Viewing Room at TrépanierBaer

TrépanierBaer is pleased to present works by the esteemed Canadian artist Oscar Cahén.  These works are being offered for sale for the first time at TrépanierBaer. Dated 1939 and 1956, the dates almost bookmark his brief but prolific career.

Oscar Cahén was born in Copenhagen, Denmark in 1916. He studied art during his teens, and by 1937, worked and taught at the Rotter School of Advertising and Art in Prague, Czech Republic.  He arrived in Québec from Europe in 1940 as an unwilling refugee and interned in a prisoner of war camp near Sherbrooke, Québec. Released in 1942, Oscar moved to Toronto, Ontario in 1944. During his career he became a seminal influence on fellow abstract painters in Toronto, including Jack Bush, Harold Town, Walter Yarwood, and others with whom he formed the renowned artists collective Painters Eleven. The list of exhibitions on his CV is astounding: between 1953 and 1954, Oscar’s work was featured in over twenty-two (22) exhibitions including the Canadian representation of the 2nd Bienal de São Paulo Brazil (1953-54). His influence was widespread.

Oscar’s graphic flair made him one of Canada’s most celebrated and sought-after illustrators from 1942 onwards when he began work at the Montréal Standard.  His CV lists no less than 37 Maclean’s magazine cover illustrations, and his illustrations appeared in 140 of their 192 issues.

Oscar became famous for his use of vivid colour. At the opening of his solo exhibition at Hart House in Toronto in 1954, critic Hugh Thomson remarked: ” As soon as you enter [the show], the colours and startling designs come at you from the [paintings displayed on the] wall!”  This enthusiastic description holds true today. In the painting Untitled FAO 750 (1956), luminous sections of a jewel-toned dark magenta are placed next to passages of bright orange in painterly balance and poetic harmony. Untitled FAO 750 (1956) is an outstanding example of Oscar’s sense of exploration.

The illustration Untitled IMM 084, Nun and Sports Car portrays a habit-clad but shapely young nun standing in front of a sleek white British sports car while she consults a map. Signed and dated 1939, this important illustration is one of the earliest extant works by Oscar made before he came to Canada in 1940.

At first glance, the illustrated subjects are seemingly disparate, if not irreverent since nuns were not known for driving aerodynamic sports cars. Oscar came from a European tradition of caricature and cartoon, and in this context the curving lines of the sports vehicle mimic the curving lines the nun’s figure. The rest is left up to the imagination of the viewer; Oscar may have hoped for a few smiles and giggles, and a few coins on which to subsist in exchange for the illustration. In 1939, Europe began to witness and experience the chaos of World War II, and perhaps this comical image was meant to provide some level of respite.

Come and experience these magnificent artworks that are sure to engage all of your senses.