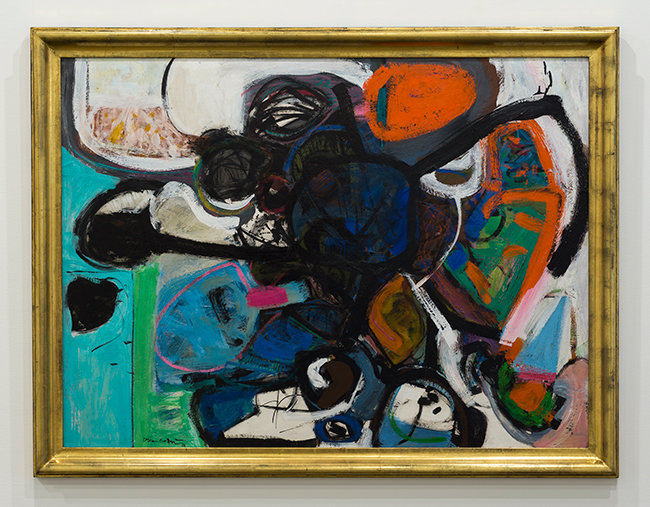 Before his tragic death at age forty, Oscar Cahén (1916–1956) fled Nazi Germany and made his name as a celebrated magazine illustrator in North America. At twenty-four years old, Cahén fled with his family from Dresden to England, where he was detained as a possible German spy. After this daring escape from Germany, he migrated to Canada on a prison ship, along with over two thousand German-Jewish men declared enemy aliens. Despite the personal adversity he faced, Cahén soon shot to fame in his adopted home, becoming one of the country’s top magazine illustrators and abstract painters.

Cahén’s self-directed artworks are a colourful and aggressive characterization both of his bold personality and of his ongoing emotional struggles. Oscar Cahén: Life & Work, published in 2015, traces this remarkable artist’s career and, with his friends and colleagues, his founding of the acclaimed artists’ collective Painters Eleven. This avant-garde group played an instrumental role in broadening the scope of modern art in Canada through the legitimization of abstraction. Jaleen Grove reveals why Oscar Cahén is considered one of Canada’s most influential modern artists, yet his name is little known. For almost fifty years following his death, much of his oeuvre lay in storage and was kept hidden from the world. This book shines the spotlight on this Canadian icon.