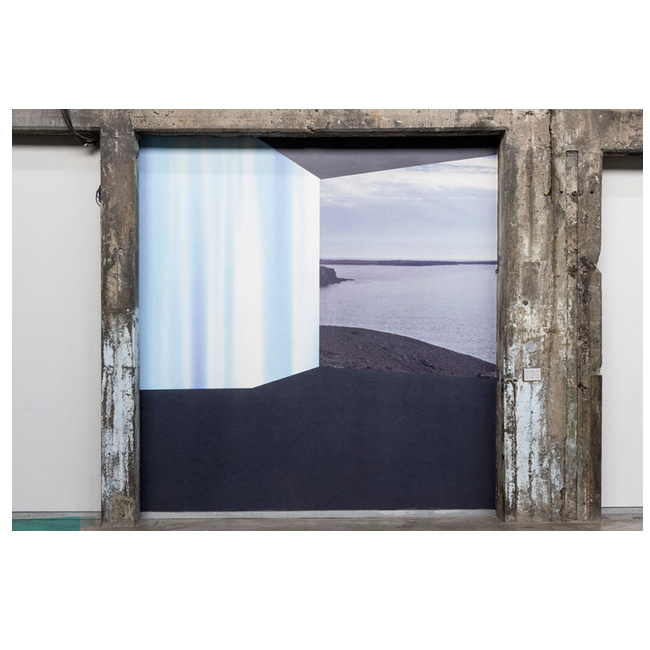 Installations and photographs that investigate the self and consumerism.

Vikky Alexander’s photographs don’t let you forget about your problems, particularly if one of your vices is buying shit you don’t need. The artist, whose work is part of the Pictures Generation as well as the Vancouver School, dissects and reinterprets marketing imagery to usurp the myriad iterations of seduction. In doing so, Alexander doesn’t just expose marketing manipulations or critique institutions but exposes our struggle to curtail our consumerist impulses.

Alexander moved from Halifax to New York City in 1979 after graduating from Nova Scotia College of Art and Design (NSCAD), then to Vancouver in 1992, followed by Montreal in 2016, where she now lives and works. In producing text, sculpture, and installation, she creates her art almost entirely offline, pulling imagery from various catalogs, magazines, and other print materials.

Alexander’s latest exhibition, Nordic Rock, at the Fonderie Darling in Montreal, follows closely on the artist’s first museum survey, Extreme Beauty, at the Vancouver Art Gallery. Like a surreal retail showroom, Nordic Rock presents an idyllic interior. Vistas and contemporary furnishings are paired together to create a dream-like condo. Alexander’s iridescent and minimal glass furniture nods to her own work like Glass Chair and Table (1990) as well as to the conceptual fragility and shortcomings of capital “M” minimalism as well as mainstream minimalist design which has now flooded fast fashion and fast design. But Alexander’s utilization of reflective surfaces and discombobulating scale doesn’t let viewers play house. She pierces the fantasy to expose it for what it is—a beautiful, elaborate ruse. And I want to buy it.

Vikky Alexander: I guess so. In the 1980s I had been looking at the commodification of sex; basically, sex is the thing that sells the luxury good. From that, I moved on to combining figure and landscape. I started to think about the commodification of nature: “the view” is a big part of architecture and what makes a place sell. I photographed places like the West Edmonton Mall where nature is incorporated to make it more of a pleasant environment. I’ve always been interested in that fusion, so it manifests itself in a number of ways.

Alison Sinkewicz: In works like Lake in the Woods (1996), you create vista collages that produce the kind of view that an architect would construct. Are you creating a space for desire?

Vikky Alexander: A lot of my work uses mirrors, which this exhibition does, so you are always projecting yourself into this idealized space. In the early 1980s, I used the frame as a mirroring device because the Plexi of the glass would be on top of the black mat, so it became like a black mirror. You would see yourself superimposed onto the model subjects that I was using.

Lake in the Woods (1986) is a piece that’s empty otherwise—you need the viewer. It’s like an eighteenth-century Claude glass, which is a convex mirror that tourists would use when they went to Switzerland. It was like an early selfie: you would see yourself projected into the sublime landscape behind you so that you could make it a more palatable composition, and it wouldn’t be so overwhelming.

Alison Sinkewicz: Luxury, glass interiors are idealized and slick and clean, but when you use them in your work that falls apart.

Vikky Alexander: Exactly. They are these stage sets. With the fragility of the glass, it’s not functional; it’s completely idealized. When I told Caroline [Andrieux, founder and general and artistic director of Fonderie Darling] what I wanted to do she said, “That’s perfect because there are all these condos going up around the Darling.”

Or open the attached PDF listed below.