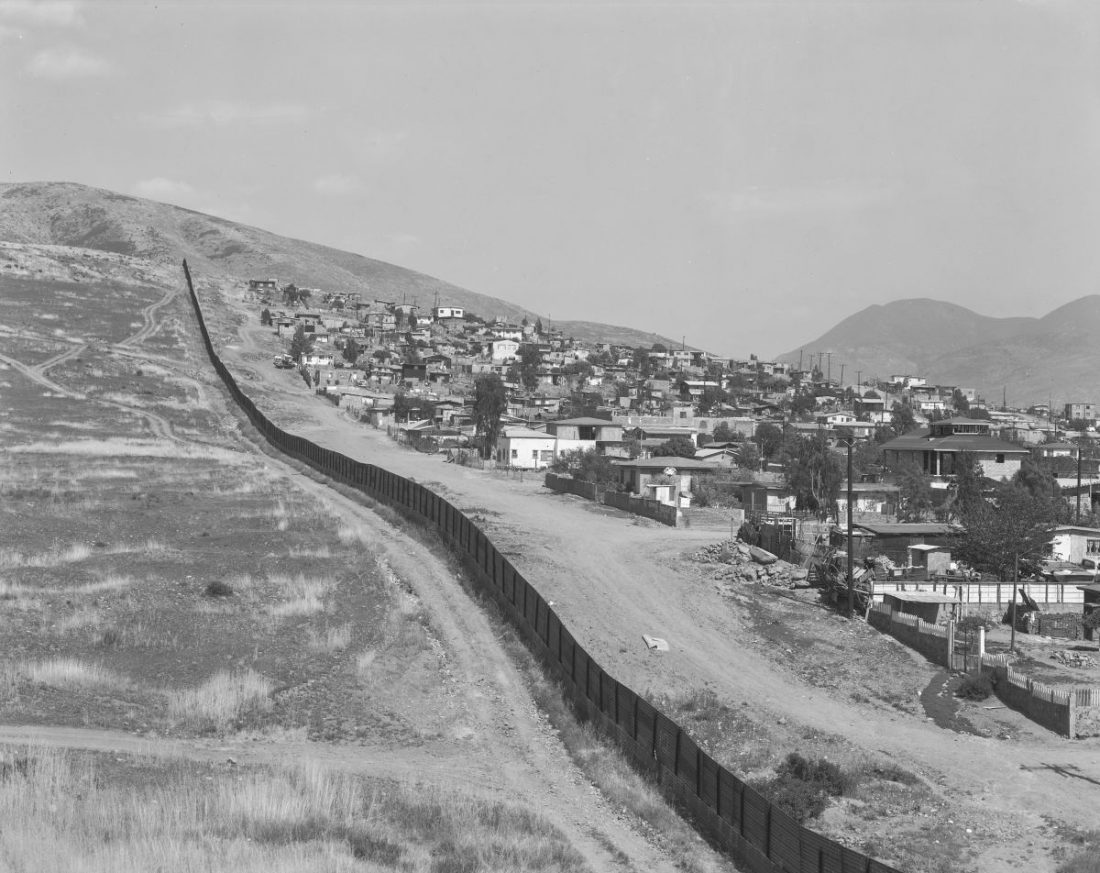 Geoffrey James
Contributed to The Globe and Mail
Published August 3, 2018

Two decades after completing his Running Fence series, which captures 22 kilometres of the border between San Diego and Tijuana, photographer Geoffrey James reflects on the experience taking the pictures and how they resonate today.

Geoffrey James is Toronto’s first photo laureate and the author and subject of more than a dozen photographic books and monographs. His work has been widely exhibited, from the National Gallery of Canada to the Museum of Modern Art in New York. He is a fellow of the John Solomon Guggenheim Foundation and the recipient of a Governor-General’s Prize for Media and Visual Arts. His work is currently on view in the group exhibition Land Use at Toronto’s Stephen Bulger Gallery until Sept 8.

One of Donald Trump’s greatest applause lines has been to promise that he will build “a great, great wall along our southern border.” There has in fact been a fence along sections of the U.S.-Mexican border since 1994, the year the North American free-trade agreement took effect. But it is far from a being a great wall, as I discovered when photographing the first 14 miles of the border between San Diego and Tijuana in 1997. At first glance, the fence looks less like a project of the U.S. Army Corps of Engineers than of Mexican garagistes.

Built out of recycled Desert Storm landing strip, it has a distinctly jury-rigged look as it snakes from the Pacific to the foothills of the Otay Mountains, where the terrain becomes hostile to both migrants and wall builders.

To read the entire article, please click here or read the pdf listed below.