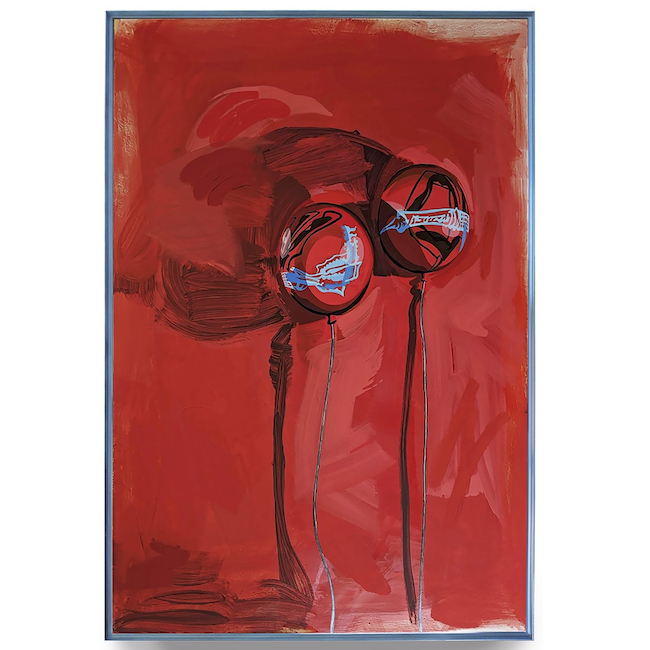 Ryan Sluggett : The Ego and the Ed

TrépanierBaer is thrilled to open its Fall 2021 season with Ryan Sluggett: The Ego and the Ed. This exhibition will feature new paintings, works on paper and Sluggett’s latest animation titled Ed Terrestrial, a 25 minute video installation, several years in the making.

Of Ed Terrestrial, Jackson Arn, the American critic, has written:

“It’s never easy to make art that’s deliberately, self-consciously “about” society; to fail is to invite ridicule, and sometimes to succeed is to invite even more. The difficulty of the problem has led too many artists and critics to conclude that it’s pointless to try—a hedged, managerial sort of conclusion… I’ll say this much: for Ed Terrestrial, [Sluggett has] developed a style of animation that exposes the malevolence lurking beneath cozy, infantilizing entertainment; the sludge lurking beneath “good taste”; and the queasy cocktail of interest and disinterest that we’ve all been drinking—and anyone who doesn’t see the urgency of making art about these things has been living in a cave.”

The new paintings are exuberant in every way. Each painting and drawing depicts a menagerie of objects and/or figures that are rendered in impastoed oil that is cut through by tooled, incisive and assured lines. The stamp-like gesture of the iconic drawing is a nod towards a resultant gestalt and sets the tone of each expansive work. They are full of humour, tragedy and social commentary declaring both dramatic movement and inertness simultaneously, all the while mashing up the normative manners of viewing the world.

As with previous exhibitions viewers will not be disappointed.

Ryan Sluggett was born in 1981 in Calgary, Alberta. He received his BFA with Distinction in Painting from the Alberta College of Art + Design in 2003, and his MFA from the University of California, Los Angeles in 2011.

Sluggett has successfully completed numerous commissions. In 2013, he completed a major commission for the Ivey School of Business at Western Ontario University in London, Ontario. This large multi-paneled work is comprised of three panels measuring 8 feet by 8 feet each, for an overall dimension of 8 feet by 24 feet.  In 2015, Sluggett completed a commission for a major video piece for a private collector in the United States. He is currently completing  work for  a painting commission for a Canadian collector.