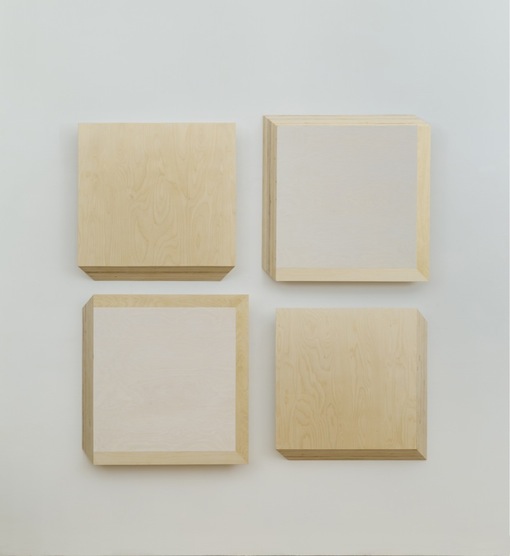 TrépanierBaer cordially invites you to join us Thursday, May 15, 2014 for the opening of Stéphane La Rue – New Works, the gallery’s third exhibition of the artist’s work. This is the first presentation of these works in Canada.

From the moment it came into existence, painting affirmed its illusory nature, its capacity to represent. The lessons of Butades and Zeuxis have been learned and discussed over and over again. And while the variety of subject matter is infinite, the means of expressing them are not: raw or prepared surfaces, flat blocks of colour or glazes, impasto, sfumato, controlled and free gestures, drips, marks left by brush, spatula or finger. With these few resources, modes of representation and styles have proliferated and painters have reflected on the possibilities. La Rue, concerned with the same subjects, interrogates nature, the conditions of existence, and the limits of painting, while constantly renewing his resources. *

Born in Montréal in 1968, Stéphane La Rue obtained a BFA from  l’Université du Québec à Montréal (UQAM) in 1991 and an MFA from Concordia University in 1998. La Rue is part of a new generation of artists inquisitive about  the reinvestigation of formalist painting. La Rue’s work figures in the collections of the National Gallery of Canada, the Musée national des beaux-arts du Québec, the Musée d’art contemporain de Montréal, and the Galerie de l’UQAM, to name a few, as well as numerous private collections across Canada.