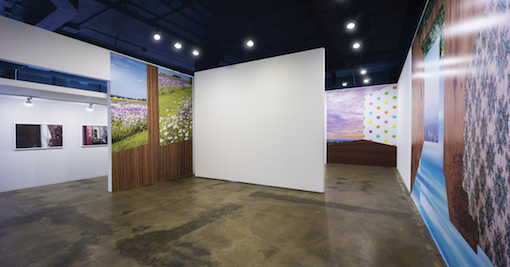 The Many Lives of Vikky Alexander

In a career-spanning interview, the artist reflects on how her 1980s reshoots of fashion-magazine editorials have found a new audience in Canada and internationally.

Currently, Alexander has a solo show—her first in the UK—on at Canada House in London, titled “The Spoils of the Park.” Also on now is “Other Fantasies,” a solo at her longtime gallerist Trépanier Baer in Calgary. In March, her prints were on view at Cooper Cole in Toronto under the theme “Between Dreaming and Living,” and her art was also featured at the Armory Show in New York. In December, her site-specific installation show “Unnatural Horizon” also opened at l’Escalier in Montreal.

Amid all this, there are preparations for a major career milestone: Alexander has an upcoming solo exhibition that surveys her 30-plus-year career scheduled for 2020 at the Vancouver Art Gallery, curated by Daina Augaitis.

Born in 1959 in Victoria, raised in Ottawa, educated in Halifax and having worked for long stretches of time in New York and Vancouver, Vikky Alexander bridges many places and multiple art movements—not to mention generations. In recent years, her 1980s conceptual photoworks have found favour among twenty-and thirtysomethings, while as an artist she continues to keep evolving, riffing on, remaking and reading deeply into what drives image-making today.

In this condensed phone interview, Alexander reflects on what ties her early work—even some of her NSCAD student work—to her current practice, and also on what it means to “belong” to different art movements and centres.