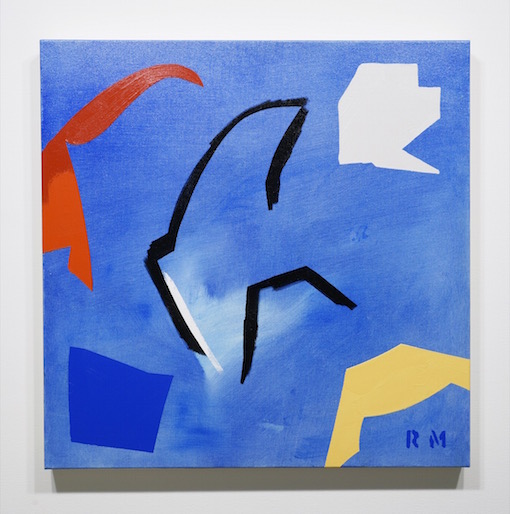 TrépanierBaer continues the celebration of its Twelve Days of Christmas, and will present 5 more suggested gifts from our trove of stunning works!

Your true love won’t be able to resist this exquisite painting by Ron Moppett titled RMB. It’s a gem! And far easier to install and maintain than the usual eight maids a-milking given on the eighth day.

Finding milkmaids was not an easy task. There are some painted versions, but, Vermeer’s Milkmaid (ca. 1657) is forever suspended in time at the Metropolitan Museum who would not take kindly to lending the painting for our venture. The same goes for the Getty Museum lending Gerard ter Borch’s A Maid Milking a Cow in a Barn (ca. 1652). Even if those institutions were amenable to lending their respective works, we’d still need another six maids to bring the number up to eight.

In fact, the only milking maids we found were busy with their duties for anachronistic societies. And if they were available, these maids would be bovine-less as we would not supply the cows!