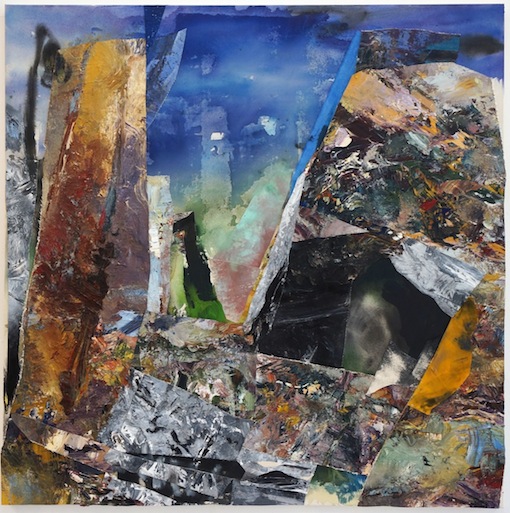 TrépanierBaer cordially invites you to the opening reception of Michael Smith’s CUT, an exhibition of new works.

Michael Smith is a painter whose practice is rooted in the long history of landscape painting with influences from Poussin and Hobbema, Constable and Turner, and more recent painters such as Ian McKeever. Michael Smith is a poet, an artist who is present in the world, and whose restless curiosity about life and art has pulled him into a rigorous investigation of land, light, water and air, both real and imagined. The result of that investigation has produced some of the most remarkable landscape paintings this country has ever seen. With this body of new work – anchored with six major paintings on view for the first time in Canada, Michael Smith challenges his vision by exploring the range and possibilities of collage, and literally “cutting” into his decades-long painting practice to create some of the most materially powerful and visually engaging works of his career.

“I wanted to do a number of things: First to re-work my paintings to help renew and promote a methodology of surprise. To suddenly rip and cut apart large and heavily worked areas of a painting and reorganize the placement of these shapes on a new surface is both alarming and surprising… Suddenly the paintings are released from their original combinations of marks, images, textures and colours. The cut edges reveal the many layers of working and appear like a diagram of rock strata. I also wanted to re-investigate the almost architectural structures of some of the paintings from history I’d been looking at for many years. Works by, for example, Mantegna (1431 – 1506), Poussin (1594 – 1665) and Filippino Lippi (1459 – 1504). In these collages I would first improvise with large stains and then lay down the collage areas like rugs or skins over the surface to create map-like arrangements of their respective compositions….”

Michael Smith was born in Derby, England in 1951 and immigrated to Canada in 1978. He obtained a Masters in Fine Arts from Concordia University in 1983. He currently works and lives in Montréal. He has had a solid exhibition history of both solo and group exhibitions in North America and in parts of Europe and Asia, including group exhibitions in Kaohsiung (Taiwan), Prague, Brussels and Berlin. Recent solo exhibitions include New Works at Art 45, Montréal, and New Works at Nicholas Metivier Gallery, Toronto. Smith’s work was also included in Forging a Nation: Canada Goes to War at The Military Museums, Calgary, earlier this year. His work is well presented in both private and public collections including the Musée national des beaux-arts du Québec, the Montréal Museum of Fine Arts, Musée d’art contemporain, Montréal, Museum London and Glenbow Museum, Calgary, to name a few.