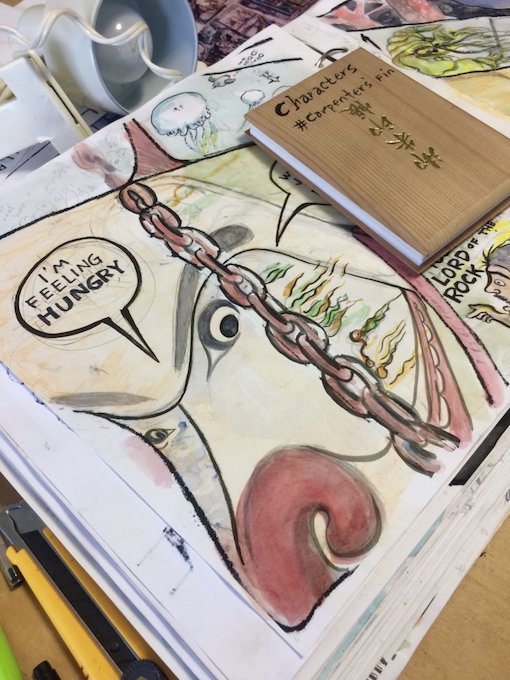 Michael Nicoll Yahgulanaas carefully sweeps falling leaves off the path to his Bowen Island home as, nearby, a string of colourful Buddhist prayer flags loft in the breeze.

The artist, born of Haida and European bloodlines, stands comfortably on both cultural shores, purposefully straddling the place in between.

His home, also an in-between kind of place, is close to Vancouver but a world away. He lives on an island with mountainous terrain surrounded by the sea; a place where whales and jet skis ply the waters once travelled by traditional longboats. Though laid-back, the island is also peppered with leading-edge thinkers. Yahgulanaas is just another member of this island of commuters, creatives, and work-from-home entrepreneurs.

He is also single-handedly staging an artistic and socio-political revolution. His artistic vision has caught the attention of international museums that now press for more of his work and his ideas.

To read the entire article, please open the PDF listed below or click here.

A page from Carpenter’s Fin will become one small section of a six-metre long Haida Manga mural for a major American institution whose identity is a secret until closer to the grand unveiling next year. The design is a reference to Haida artistic tradition, but the details incorporate Asian graphic traditions. Photo by Paula Hay.