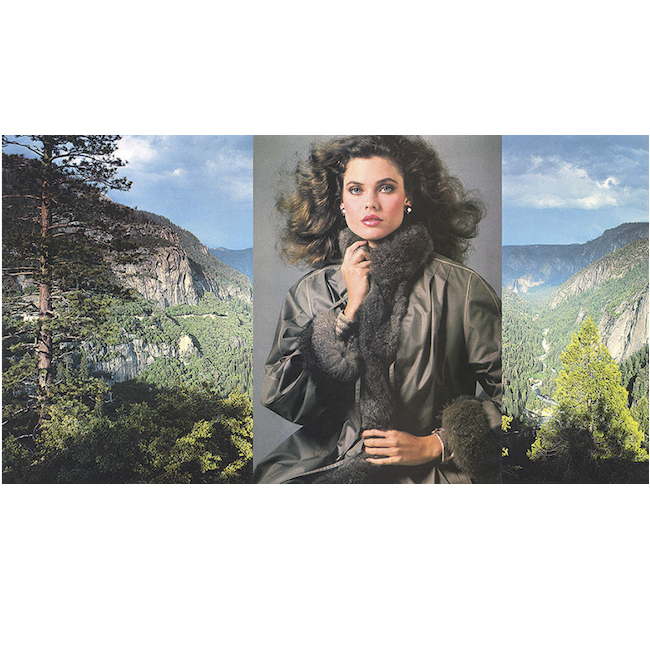 Vikky Alexander’s ‘Extreme Beauty’ Is an Escapist Fantasy to Be Bought and Sold In the artist’s first museum survey at the Vancouver Art Gallery, appropriated advertising imagery exposes the hermetic loops of capitalism.

Many of the more than 80 works on display feature images of nature taken from commercial advertisements. Some employ the art-historically loaded format of the triptych: in Portage Glacier (1982/2017), for instance, a fashion model casts her gaze down demurely, her skin illuminated by the blue tinge of the ice formations flanking her portrait. In Yosemite (1982/2017), a model with windswept hair wearing a fur-lined leather coat appears to pose triumphantly atop a rocky precipice, in the tradition of Romantic painting. Resembling three-panelled altarpieces with female icons at their centre, these works satirize the quasi-religious devotion of consumerism. The model’s unavoidable presence in the centre of the image recalls Portage Glacier and Yosemite’s popularity as ecotourism destinations, reinforcing an anthropocentric view of nature as laden with commercial value.