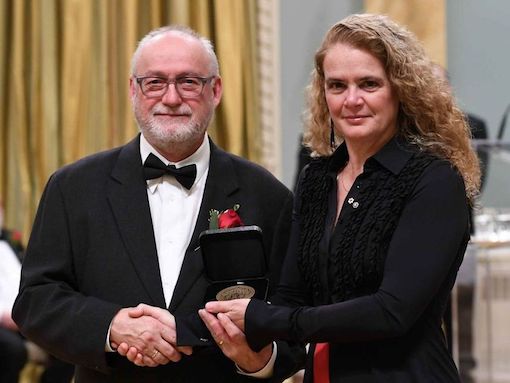 It wasn’t expected, but it was a welcome tribute for London artist Wyn Geleynse.

Geleynse — a fixture on the London art scene for more than five decades — was in Ottawa Wednesday at the home of Governor General Julie Payette, Rideau Hall, to receive his 2018 Governor General’s Awards in Visual and Media Arts, one of just three London artists to ever receive the honour.

Geleynse expressed surprise, especially at the outpouring of support and congratulations.

In their submission, Walde and Wright wrote: “Wyn Geleynse’s practice is one of a restless tinkerer, someone who is endlessly experimenting with techniques both ancient and on the leading edge of the latest technology.”