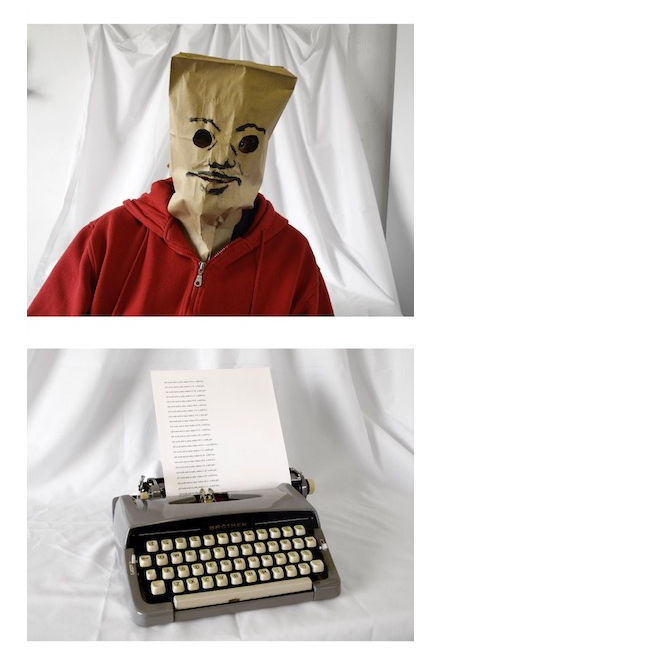 Wyn Geleynse: The Art of Humour

“You can hear him gagging and choking, and then all of a sudden, there’s a block,” says Geleynse. “And he just goes through this over and over and over again. You can see he’s perspiring. He’s in a lot of discomfort. He tries to relax a little bit, but it just keeps coming. It’s like a bad case of hiccups.”

In front of the video is a jumbled pile of real blocks that add to the effect. “It’s not a seamless illusion,” says Geleynse. “I think people fill in the gap between the video and the real thing.” The lettered blocks spell no words but it’s easy to read the piece as a reflection on the inability to communicate, a condition that reportedly afflicts some men.

Geleynse, who speaks quickly and fluidly about his work, has been active in multimedia art for more than three decades. He was born in the Netherlands, but moved to London, Ont., with his parents as a child in 1953, eventually becoming part of the city’s lively art scene, where he was influenced by Murray Favro and the late Greg Curnoe.

To read the entire piece, please open the pdf listed below or please click here.